In the beginning was Clara Livingston, who built the elegant Italian mansion aptly named “Su Casa” on the beachfront near the northern coastal town of Dorado, Puerto Rico, just a half hour’s drive west of San Juan. Livingston was the very first female commander of Puerto Rico’s air patrol and hosted the glitterati of her day including Amelia Earheart during her famous around-the-world flight in 1937.

Clara sold the property in the late 1950’s to Laurence Rockefeller (of those Rockefellers—brother of Governor, Nelson and international banker, David), who built the first Dorado Beach Resort, part of his famous Rock Resorts collection of upscale Caribbean edens. Some of the world’s most famous faces flocked to the destination including Presidents Eisenhower and Kennedy, and some of the most famous queens of Hollywood, including Joan Crawford, Elizabeth Taylor and Ava Gardner. Ms. Gardner stayed for a month. Ms. Crawford “asked” that her room be repainted all pink. Mr. Rockefeller concurred, because the customer is always right.

Through his unique vision, Rockefeller created a solid foundation. In addition to maintaining the original Su Casa villa, he placed the breakwaters out from the beach to help protect swimmers from the pounding Atlantic surf, built a magnificent restaurant with glass walls overlooking the beach and added championship golf courses. He also gave a job to an earnest young Puerto Rican trying to earn his living as a golf professional, Juan “Chi-Chi” Rodriquez, who went on to have a successful career as a professional golfer.

The breakwaters are still there, along with the nonstop ocean waves. The restaurant, now under the direction of famed Spanish Chef Jose Andres, is called Mi Casa, with its magnificent window walls.. Robert Trent Jones’s brawny golf courses still give golfers of every ability plenty to handle. Su Casa still stands and can be yours for just $30,000 a night.

But this ain’t your father’s (or grandfather’s) Dorado Beach. Not after many year’s work and more than $300 million, which turned it into an extraordinary Ritz Carlton, Reserve – one of just five in the world. From the moment they whisk your car away (never to be seen again) until you are personally escorted your finely appointed beachfront guest room or suite, lightly scented with ginger and lemongrass, you realize that this is going to be a once in a lifetime travel experience.

Laurence Rockefeller was also an ardent conservationist ahead of his time. His plan for the resort called for no buildings to be built taller than the towering coconut palms that sway in the constant trade winds. The Ritz Carlton Reserve has maintained that low density, low-rise philosophy with its new luxury development, and upgraded the eleven-mile Rockefeller Trail that winds throughout the 1,400-acre property. It also added an eco-adventure site with its Ambassadors of the Environment program, designed in partnership with Jean Michel Cousteau for kids of all ages.

One of the keys to the Ritz Carlton Reserve’s appeal is its service. Many fine hotels have concierges ready, willing and able to satisfy a guest’s every whim. This one assigns one to every guest. They’re called embajadores (Spanish for “ambassador”) and their job is to make you happy through dedicated, personal service.

Want a bicycle to explore the Rockefeller nature trail? Done. Want to go snorkeling? Once you’ve expressed such a wish, an appointment with a snorkel guide is booked and your ride to the watersports area is waiting. Tee time? Done. Spa appointment? What time does madam wish to go? Dinner reservation? No problem.

The guest rooms and suites themselves are so luxurious that one is tempted to never get out of bed, except for the lure of the sun and the beach and all the fun things to do outside. Each room is an ocean front room with , private terrace, its own swimming pool (the rooms on the second floor have pools on the roof) and outdoor showers.

One of the highlights of the Reserve is Spa Botanico, an amazing spa facility that includes its own herbal garden and drying room through which every visitor passes, inhaling the aromatic scents of lavender, calendula, lemongrass and eucalyptus, cold plunge pools adjacent steaming hot tubs, and spa treatment rooms in an elevated tree house. Even more exotic: the spa offers consultations with a local healer, the manos santos, who will take the time to learn about our various ailments (physical or mental) and whip together a customized concoction of herbs, salts, oils and botanicals designed to elevate the spirit and cast away your physical aches and pains. Does it work? Oh, yes, it does.

Those looking for relaxation of a more normal kind will find it on one of the resort’s three golf courses. Robert Trent Jones was an architect from the heroic school of design, and his work, updated by his son Bobby in recent years, still demands attention from tee to green.

Caddies and forecaddies are provided to all guests, which come in handy when working one’s way around two tough courses.

Other recreational fun at the Reserve includes an active beachfront program. Learn how to kitesurf, windsurf or paddleboard in the protected areas inside the breakwater or just loll on a chaise and watch the world go by. Swim in the ocean or one of the many freshwater pools, set up a game of tennis or just go for a walk on the eleven mile nature trail that winds through the property.

By all means, bring the kids along. In addition to all the recreation, the resort offers famed environmentalist Jean-Michel Cousteau’s Ambassadors of the Environment program, which introduces kids of all ages to the natural wonders of sea, land and air. 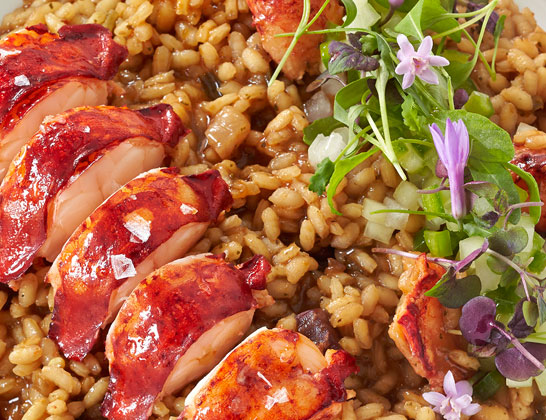 The dining options at the Reserve are superb. World famous chef Jose Andres has created an intelligent menu at his signature Mi Casa, offering a delicious mix of traditional Puerto Rican ingredients blended with Andres European influenced skill.
Dinners include ) delicious little tapas bites. These range from the traditional chicken and béchamel croquettes to a crispy tuna spring roll to the traditional Puerto Rican sausage and roasted apple sandwich with apple aioli. Entrees might include seared yellowtail snapper with romesco sauce and asparagus salad, ‘Guava style’ roasted pork with corn and vanilla purée and sweet plantains ‘escabeche,’ or the Squid ink pasta with shrimp, cuttlefish and aioli.

And be sure and leave room for the traditional Puerto Rican flan for dessert, a creamy custard perfectly caramelized and served with Catalan cream and passion fruit.

Elsewhere on the property, the Encanto Beach Club Bar and Grill offers an open-air restaurant experience overlooking the beach with a slightly less formal feel. Lunch and dinner menus are comprehensive and offer an excellent balance between freshly caught seafood dishes and fine local meat and poultry.

The La Cocina Gourmet Center includes a lovely gourmet store offering tasty snacks and take-out, along with an excellent selection of wines. It is also the site of active gourmet cooking classes offered for guests on a regular basis.

All in all, Dorado Beach, a Ritz-Carlton Reserve has done the world a service by reimagining what was once the site of one of the Caribbean’s most iconic resorts and turning it into a modern day luxury escape. 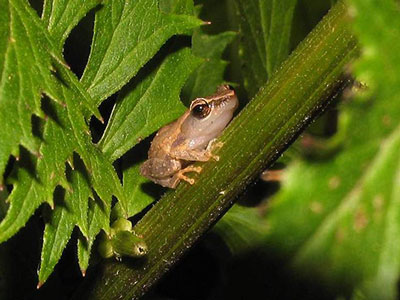 The Little Frog That Sings

We were walking back to our room after dinner, when my eight-year-old daughter stopped.

“Can you hear that?” she asked. The soft, warm night air was full of little chirps that seemed to be coming from every tree and bush we passed. “Ko-kee. Ko-kee.”

Back at the room, we asked our embajadore, Luz, what it was we had heard.

“Oh,” she said with a smile. “That is the sound of Puerto Rico!”

We learned that we had been listening to the coqui, a tiny little frog native to the humid, tropical forests of the Caribbean and Latin America. Coquis are part of the Eleutherodactylus genus (it means “free toes”) and there are something like 17 separate species on the island.

We also learned that their nightly song is the mating call of the males of the species. There must be millions of male coquis singing their little hearts out, because the song goes on all night long.

And Luz told us what she meant by “the sound of Puerto Rico.”

“When we are talking about our island and our place in it, there is a saying we all know,” she said. “’ Soy de aquí como el coquí.’ It means ‘I am as Puerto Rican as the coqui.”

In an award-winning career of more than three decades, Jim Bartlett has published more than 500 articles in magazines ranging from Esquire to Bon Appetit, Forbes to Sports Illustrated. As a freelancer, he was one of the most published golf and travel writers of his generation. He has also edited a half dozen national publications, including Golfweek, Caribbean Travel & Life, Luxury Golf, Our Place and now, Distincte. Bartlett is also the author of the Hacker series of golf murder mysteries and ten other works of fiction and nonfiction.