Sooner or later, every visitor to Rio de Janeiro hits the beach.

Rio’s beaches hard to miss, as the city extends right out to the shore. Cross Avenida Atlantica and you’ll be standing on the famous Copacabana. A few blocks south is the equally famous Ipanema, home of the girls who are “tall and tanned and young and lovely,” as the famous Jobin tune has it. And there are three or four other city beaches as well.

And Rio’s beaches are major centers of activity. There are vendors of all kinds lining the sidewalks along the waterfront. The hotels that stand shoulder to shoulder offer guests slices of privacy beneath colorful umbrellas and cushioned chaises, all for a few extra real (the local currency). And the beach is a place to see and be seen, as people of all genders and orientations strut their well-tanned, buff and barely bathing-suited selves up and down the strand.

So, yes, visitors to Rio are drawn to the city’s famous beaches like moths to a flame. But beach lovers, an entirely separate demographic group, may not find the usual conditions of the Rio beach scene–the noise, the crowding, the constant hubbub, and the, ummm, suspicious hygienic conditions of both sand and water–to be entirely to their liking.

These types of people prefer beaches that are quiet, empty, peaceful and clean. Beaches that may offer a nice place to get a meal, but are generally devoid of pushy people trying to sell things. Beaches where humanity doesn’t always get in the way of enjoying the lapping surf, the cry of seabirds and the nice views.

Luckily for these people, Brazil contains thousands of miles of beachfront terrain, and more than a few beautiful places to enjoy the sun and the surf. It may take a little effort to get away from the urban crush, and a modest investment in a rental car, but the rewards are certainly there for those willing to do a little exploring. 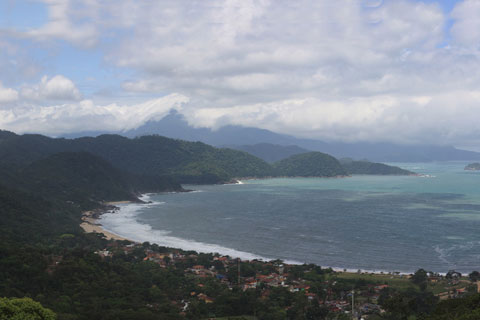 Start close to town, in the Barra da Tijuca neighborhood, known familiarly as Barra. Located southwest of the downtown area of Rio, this relatively newly developed section of the city is known for its shopping malls, Miami Beach vibe and the eleven miles of beach that includes Barra beach, Prainha and Grumari beaches.

The beautiful broad white sands are usually far less crowded than the beaches in downtown Rio, and the crashing Atlantic surf makes the beaches popular with surfers, wind- and kite-surfers. There are plenty of cafes, restaurants and water vendors along the length of the strand, and it’s all just a 30-minute (or so) taxi ride away.

Venturing a bit further afield, he little town of Paraty is about 200 kilometers south and west of Rio along the Costa Verde, or Green Coast. You’ll find a lovely town with Colonial architecture, Baroque churches and cobblestoned streets.

A bit further outside of Paraty is the village of Trinidade, just the sort of laid-back, “whatever happens” kind of place that defines a great beach town. You’ll find great waves at the Praia do Meio near town, but a little further along the shore takes you to the lovely Praia Cachadaco. 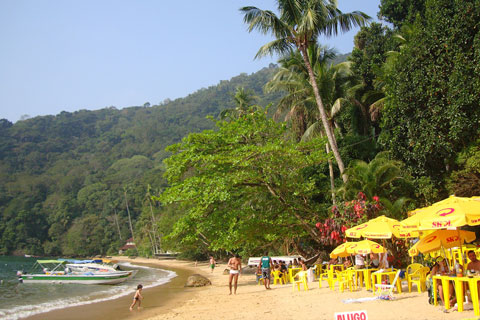 Closer to Paraty is the lovely Praia Vermelha, a quiet beach at the end of a rocky peninsula. The water is warm, the surf is lapping and the snorkeling is excellent. Watch for sea turtles, as this and other beaches in the area are natural breeding and nesting grounds for the species.

Literally, “the Big Island,” Ilha Grande is reached only by boat–water taxi or excursion boat–from nearby towns on the seafront. The easiest jumping off point is the city of Conceição de Jacarei, a couple hours’ drive southwest of Rio.

The island itself, save for a handful of quaint beachfront inns, is largely undeveloped. There are hiking trails through the heavily forested interior, and some of them end up at one of the many fine and desolate beaches that dot the island.

Many favor the lovely Praia Lopes Mendes, a short hike from the main town of Abrao. While somewhat protected in a lovely bay, the Atlantic surf is sometimes strong and eminently surfable.

There is a biological preserve on the island, and the three beaches there are exquisite. Rocky outcroppings, long half-moon strands and a backdrop of rainforest will make you feel like you’re at the ends of the earth, which, indeed, you are. These beaches are accessible only by boat.

Indeed, Ilha Grande boasts at least two dozen named praias, or beaches. Pack or buy a lunch, make friends with a water taxi owner and ask him to take you to his favorite. It’s hard to be disappointed with the results. 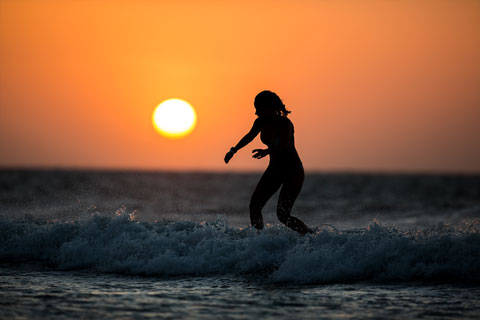 About 150 miles north and east of Rio lies the scenic Armacao dos Buzios, a peninsula that juts out into the Atlantic and boasts of more than 20 secluded little beaches. For centuries, the artistocrats of Rio would escape to “Buzios” to get away from the noise and crowd of people in the metropolis.

But it was the French actress Brigitte Bardot who put Buzios on the map. It was 1964 and she had a Brazilian boyfriend, but when she came to visit him in Rio, the crush of the paparazzi was too much for her, and he spirited her away to Buzios, which at the time didn’t even have electricity.

But Bardot fell in love with the place, and after her came a steady stream of celebrities seeking the same kind of solace, scenic beauty and wonderful beaches. There’s electricity now, as well as cell service, and a handful of laid-back pousadas, or bed and breakfasts. There’s even a movie house in town, named for La Bardot. But it’s still a rustic getaway where informality rules.
Still, the beaches of Buzios are tres magnifique! Azeda Beach was once a small fisherman’s village, but now contains some inns and restaurants and the lovely beach with its turquoise water framed by low slung hills. 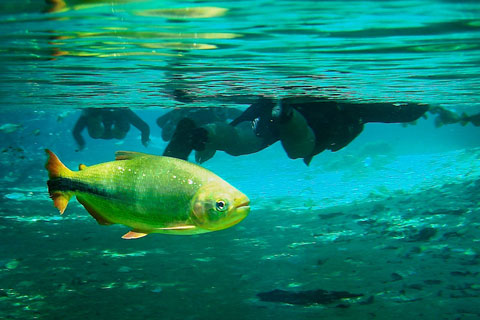 Praia Geriba is one of the longest beaches in the area–you can get a good long walk in on the hard sand. The wave action makes this beach popular with surfers. Praia Rasa, on the opposite side of the peninsula, features wide open spaces and lots of steady ocean winds: the kite-boarders and wind-surfers love it here. For divers and snorkelers, try the crystal-clear water off Mocas Beach on tiny Feia Island, just a short motor launch offshore from Buzios.

There’s plenty of coastline in Brazil outside of Rio de Janiero. Here’s a few outstanding Brazilian beaches well away from the largest city.

– Maragogi is one of a handful of small beachfront towns on the Coral Coast or “Costa dos Corais” in the northern state of Alagoas. At low tide, a series of amazing tropical pools among the reefs begins to form at The Gales, a few kilometers offshore. Swift catamarans take beach lovers out to explore the sandy, coral-strewn beaches that form and reform in the wind and tides. The snorkeling here is among the best in the world.

– Jericoacoara, known affectionately as “Jeri” to Brazilians, is like a Jimmy Buffet song: laid back, worry free, where people come to just chill. Located in the Ceara state, the Caribbean-like water is gin clear, the beaches are sandy white and the stress levels are off the charts low.

– You really have to want to get to Fernando de Noronha, an island grouping some 550 kilometers off the northern coast of Brazil. But getting there is worth the effort, as the main island contains Praia do Sancho, which is usually rated as the best beach in the country. To get to this perfect half moon of beach surrounded by rocky cliffs, one has to descend a metal ladder through a hole in the cliff! But the water is beautifully clear and the sea life includes habitats of both the rotifer dolphins and the native sea turtles. It’s an amazing place.

– Located on the east coast of the state of Maranhao, the Lencois Maranhenses National Park contains an amazing geologic area not far from the mouth of the mighty Amazon River. Huge deposits of white sand are blown into desert-like formations, but the annual spring rains are caught in shallow ponds by an underlying layer of rock. Like a science fiction landscape, the ponds, lagoons and ocean inlets are full of native fish and marine life and an endless source of fascinating exploration.

Wherever you plan to visit in Brazil, be sure to pack the sunblock and a good beach hat. There will be plenty of chances to use them!