When Laurance Rockefeller built the first golf courses at his Dorado Beach resort in 1958, they were among the first courses on the entire island (the oldest is an old nine-hole course built near the the Army’s old Fort Buchanan in the late 1940s).

Over the last sixty or so years, hotel and resort developers kept adding new courses to go with their new hotels, and Puerto Rico became the golf headquarters of the Caribbean. That title may have moved over to the Dominican Republic in the last decade, but Puerto Rico still offers some pretty good tracks. Here’s a list of other good places to tee it up (after the East course at the Ritz Carlton Reserve at Dorado Beach). 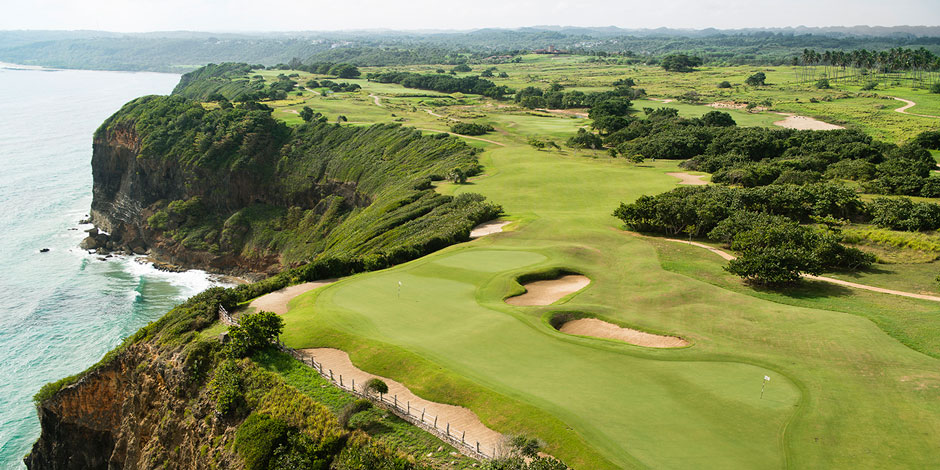 Royal Isabella, on the northwest coast of the island. This striking 1,800-acre site features real estate, a luxury hotel and a great golf course designed by former tennis great Charlie Pasarell, his brother Stanley and architect David Pfaff. Because some of the holes play atop a dramatic oceanfront cliff, high above the pounding Atlantic waves, some have called this course “the Pebble Beach of the Caribbean.” I might not go that far, but it’s a jewel of a golf course. 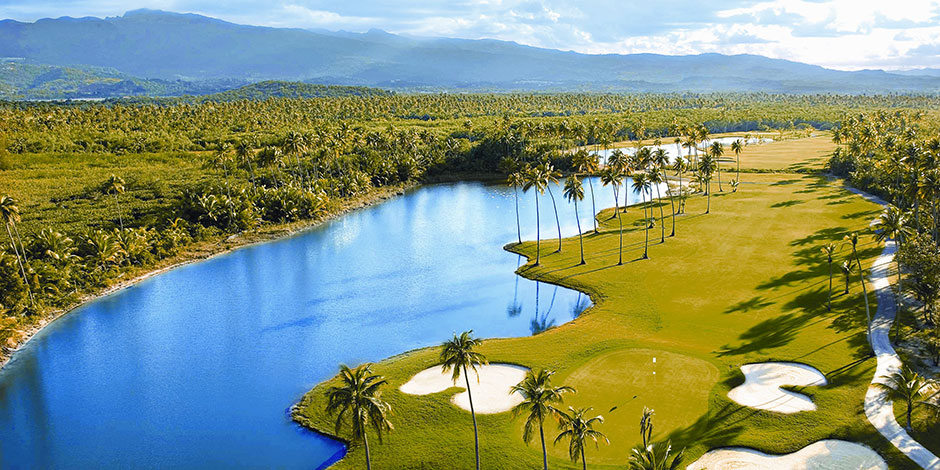 Bahia Beach Resort and Golf Club, in Rio Grande, east of San Juan. Architect Robert Trent Jones Jr. did the design of this lovely beachside 18, with scrumptuous views, rolling greens, lots of sand and water and a constant breeze. Enjoyable to the max. 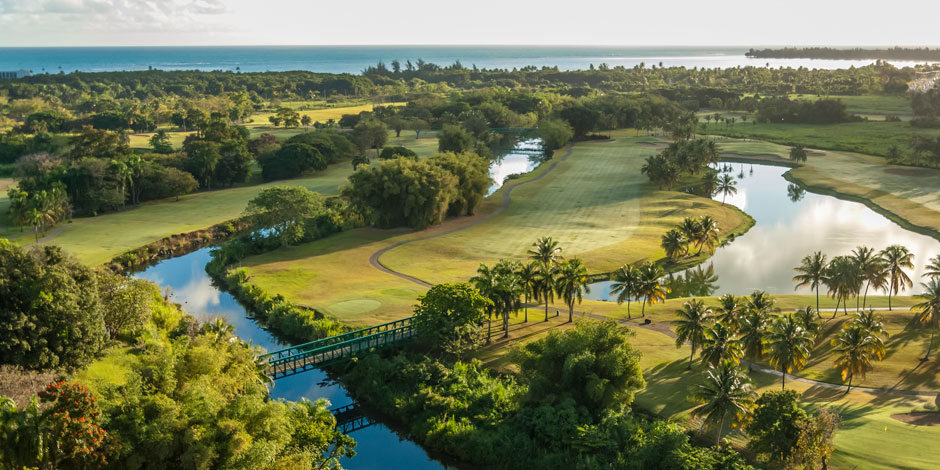 Wyndham Grand Rio Mar, also located in the town of Rio Grande. There are two fine courses at this resort. The Ocean course, designed by George and Tom Fazio, flirts with the beach on several holes and plays among the real estate development. The River Course, a design by Australia’s Greg Norman, is a length course that plays alongside and over the Mameyes River, which flows down from the mountains of the El Yunque rainforest. Two very fine courses.

El Legado Golf Resort, in Guayama. Designed by native son Chi-Chi Rodriquez, this course is in the less rainy southeast corner of the island. It is also one of the better values in Puerto Rican golf, with greens fees usually under $75. Lovely mountain views, well maintain fairways and greens and friendly staff make for an enjoyable round.