In the early 19th century, legend has it that the Puerto Rican pirate captain Roberto Cofresi gave his crew a new kind of grog that combined rum, coconut and pineapple. No one knows the exact recipe, because it expired with El Pirata Cofresi in 1825.

But the cocktail was reborn in the 1950s in Old San Juan, although the history of the drink is as opaque as the swirl of coconut cream and crushed ice in a tall glass topped with slices of fresh pineapple. 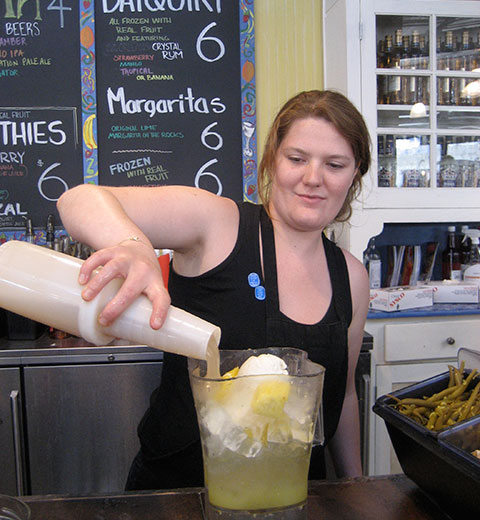 Most puertorriqueños agree that the cocktail was born in the bar of the Caribe Hilton on Condado Beach, when bartender Ricardo Garcia had to improvise on the popular Coco-Loco cocktail, which combined rum and coconut cream served inside a freshly halved coconut. The harvesters union had gone on strike, so without fresh coconuts, Garcia served the drink in a hollowed out
pineapple instead. Eureka!

It was the addition of the acidic pineapple juices (pina colada literally means “squeezed pineapple”) that gave the cocktail its depth. A new star was born.

There are others who claim to be the father of this granddaddy of beachy drinks. Legend #2 has Pepe Barrachina, owner of the eponymous Old San Juan restaurant, worked out the recipe, around 1963, with his bartender, Ramon Portas Mingot. This drink called for rum, pineapple juice, coconut cream, condensed milk and ice, all crushed together in a blender and garnished with fruit.

Rum, of course, is the central ingredient, and the home-grown Bacardi is always an excellent choice. Most recipes call for light rum, although dark rum works just as well, and many bartenders use a shot of both light and dark. If you really want to kick it up a notch, try the Baccardi Anejo, a smooth, three-year-old aged rum with an amber color and a delicious kick. 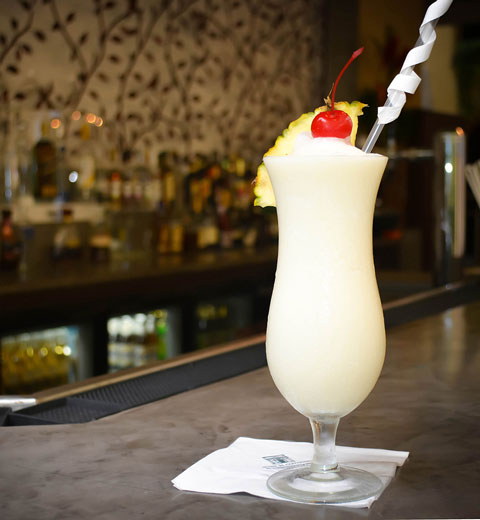 Here’s the original recipe from the Caribe Hilton:

Add the rum, coconut cream, heavy cream and pineapple juice together in a blender. Add the ice and blend for about 15 seconds or until smooth. Serve in a 12-ounce glass.

Garnish with a fresh pineapple wedge and a maraschino cherry.