The implementation of the REAL-ID Act, which could have impacted some U.S. citizens flying domestically, has been postponed, again, by the U.S. Department of Homeland Security. 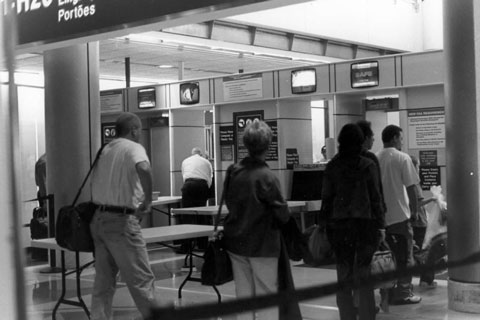 The law, passed in 2005, mandated new standards for states and territories issuing driver’s licenses. In an effort to improve data security and create a national standard, the law required states to upgrade their driver’s licenses to include either a magnetic strip or an embedded computer chip to include information about the license holder.

DHS had said that it would require the new enhanced licenses for entry into certain federal properties around the country and for passengers presenting ID to board domestic air flights in the U.S.

The law was originally scheduled to be implemented beginning in 2008, but has been postponed several times to allow states to change their driver’s license systems. About half of the states in the U.S. have made those changes already, another group has said they plan to make the changes and asked for more time, and five states have refused to comply with the new federal regulation. Those in noncompliance are Illinois, Minnesota, Missouri, New Mexico, Washington, and American Samoa.

The latest deadline had been January 2016, but the DHS announced they are extending the final implementation date by another two years, until January 2018.

The law has been controversial as opponents have cited concerns about data privacy and the cost of implementing the required changes.

For at least the next two years, any regularly issued state driver’s license will be accepted for identification purposes at airports across the country. Most international travel, of course, requires a U.S. passport.